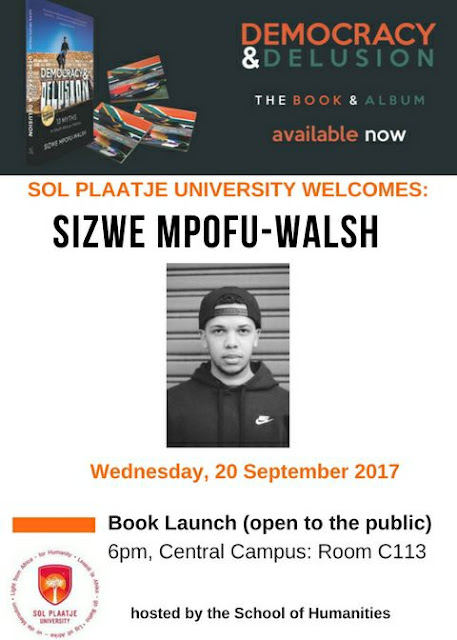 Democracy and Delusion was a highly anticipated excursion at Sol Tshekisho Plaatje University, one could see the excitement of finally having a young writer of Sizwe Mpofu Walsh’s caliber in our mist. I was quite impressed by the punctuality of the writer. I have been fairly exposed to numerous events where the main speaker arrives very late at the event, this was very refreshing.  The facilitator was Jerome September, the Student Affairs officer at SPU and happened to be the one who lured the author to come launch his maiden work in the city of diamond.

The book launch started earnestly an hour later after significant shuffling of papers and connection of the personal computer. Finally the technician dealt with the power point and everything was set. The book launch gave a sense of “what a time to be alive” usually skeptics would say black people don’t read! I will say you should have seen SPU C113 lecture hall Central Campus on the 20th September 2017.

Jerome September briefly went through pleasantries as it is the tradition of every book launch. Then read Sizwe’s profile, which was very impressive and one could hear the heavy “sighs” “murmurs” in the room.

The facilitator clearly gave input and questions to the book, one that stands out was “why did Sizwe write this book?” and the response to that was interesting he answered “ I wrote this book for young people to use it as a weapon in their everyday conversations or engagements” I had to digest this for a moment.

This book launch slightly broke away from tradition, the author had a rap album that accompanied the book, with similar themes. Sizwe started with some rap bars that kept the young audience nodding to every line of the verse. Furthermore gave us several readings on his book “Democracy and Delusion” thereafter the audience was given an opportunity to have a bite.

I must say the students where t substantial numbers and their participation enriched the discussions that unfolded.  A stack of copies of the book where kept behind the last seats of the lecture room for those who want to purchase a copy.  And the students requested Sizwe to arrange with Van Schaik so they can purchase with their textbook purchasing cards, it shows the commitment and appreciation of the book.

The highlight of the night was when the Sizwe argued that his book didn’t derive or use any ideological position in dealing with the ten identified myths. I got a sense it was a book that hanged on the fence or bordered on neo-liberal agenda because several concepts where touted such as “freedom charter” “land reform” and “law”  It made me to look forward to purchasing the book because it is said that its useful “weapon” in dealing with some of the issues we currently face.

The book launch indeed lived to expectations, one issue though, in future I suggest the author and SPU consider live broadcast of these sessions on youtube to benefit those who couldn’t make it to the event or to use it as future reference.
We appreciate the SPU Student Affairs and Department of Humanities consistent work in creating these spaces!

Democracy and Delusion by Sizwe Mpofu Walsh’s book launch was fun for us the bookish folk! 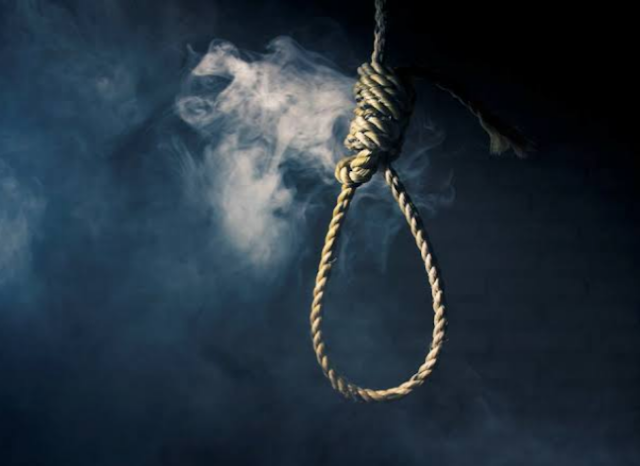 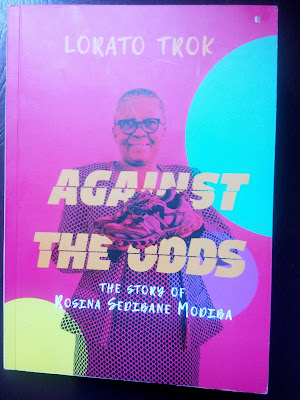